Stuck in the village

It was raining most of the morning and the boys mainly played under the tin roof outside. They are very inventive with the few objects outside. A teeter totter, restaurant table, all with a few sticks and stools. I played some badminton with Joshua too. They actually had fun, besides complaining about no paper to draw on. When we tried to take them out after nap to see the old swimming hole and village noone wanted to go except Joshua. He walked with me through the village, where people were alternately curious, scared and friendly. Soo many houses built close to each other or to the old ones, one with a tin roof covering the house and cement yard. A clinic that I'd be scared to go into and didn't look very open. A few small shops, where we finally bought some bubble sticks for a whopping 1 RMB.
Tonight we ate under the tin roof, tons of food as always but half the village showed up to share. At one point there were half a dozen kids running and screaming. I finally got Isaac to get them to watch tv and quiet down. They are having fun with their cousin Jiaxin, which is good since last time he was an undisciplined bully.
I have to get used to them counting age on the Chinese calendar. They say Jiaxin is eight when really he is six. I saw another tiny girl heading off to kindergarten and her dad said she was six. I started to ask if she was in school then realized she must be 4.
Tomorrow we are off on the last train ride and finally, home! 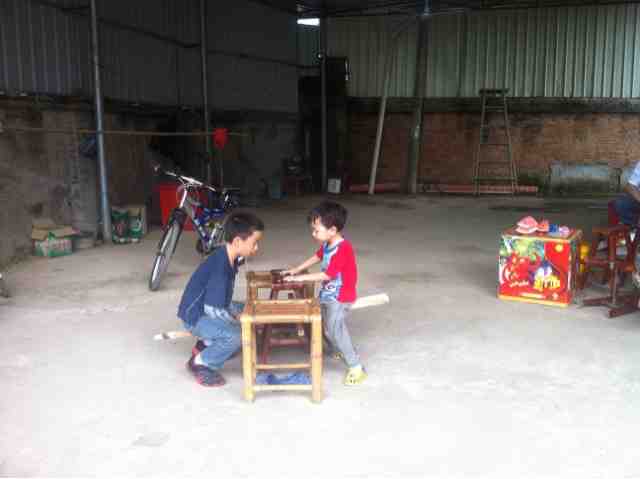 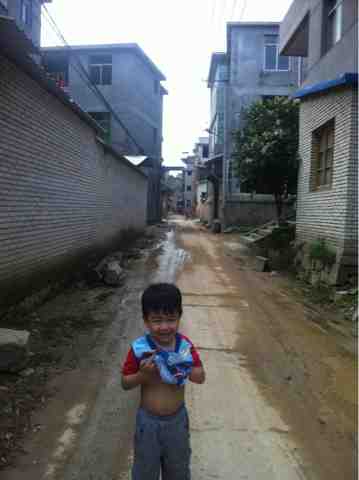 Heritage comes in many forms

Today we visited Jack's official hometown, Houshan (后山). Possibly where he started his life. The family home is a run down shack, while the rest if the village has been built up. Besides the shack it's actually quite a nice place, paved and green and relatively quiet. Jack is proud of the two trees that greet visitors and that officially belong to him.
There's been some discussion about What to do with the shack. We offered some starter money to tear it down and build but an uncle is living there and has ongoing disputes with Jacks dad. It's something that should have been done long ago and a normal Chinese father would have built. Of course we are far from a normal Chinese family.
There was a lot of loud conversation and yelling during and after lunch, still not sure what about. I took the boys upstairs and alternately played Zombies vs plants and played Mr. Wolf and Mother May I. The house is half finished, much the same as five years ago. Having the frame
Is the most important thing for face. Insides are pretty bare and uninviting.
I can't figure out why people live in crap conditions, cement walls, bathrooms with a shower in the corner that sprays everywhere, just junky, while buying fancy cars and piling up money for whatever else. But as jack says, different priorities. For them it may still feel nicer than the way they were living before.
Kids are tolerating pretty well. Joshua thrives on routine so he's a little off kilter. No one seems to really understand why besides mama. 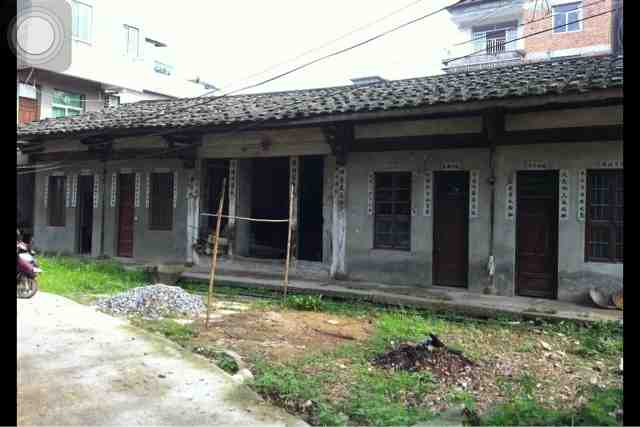 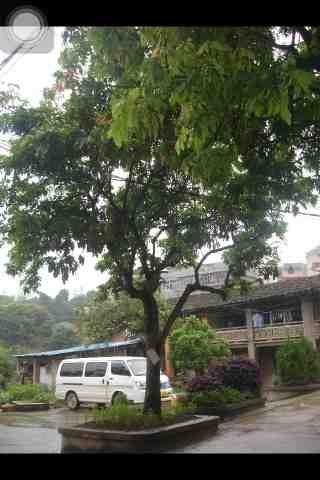 Today we visited the family factories, run mainly by cousin's husband, who has been ferrying us around in his car. Joshua wasn't too happy about being woken up from his much needed nap after the roosters woke us at 5:30.

The factory has grown and expanded since our last visit. Not very busy and not full but rooms full of displays for potential buyers. Jack tried to tell them to make a video of everything to give clients a virtual tour. I don't think they were thrilled about the idea.

Now we are about to eat dinner, which will be too much and they will not believe that I am really full.

Three days left... Tomorrow cousins husband will drive us to another aunts for a couple nights. 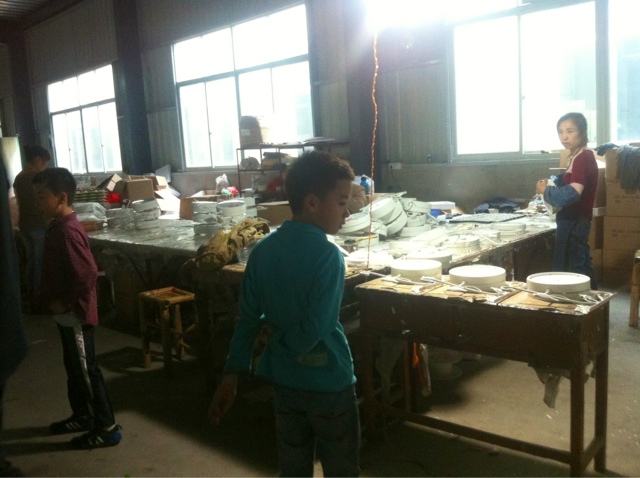 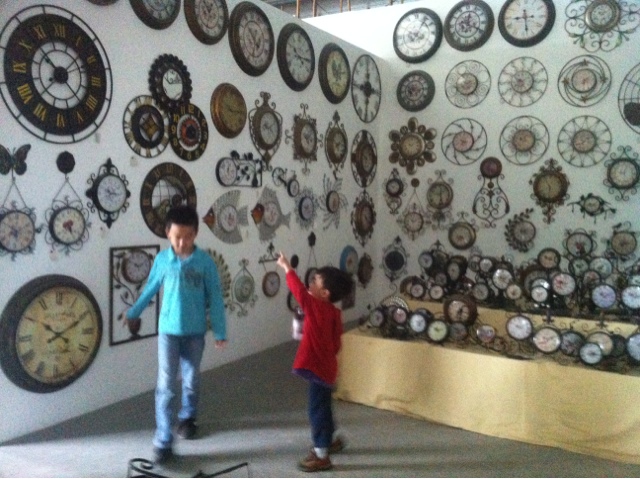 And the lesson of the day is...

No balloons on the subway. Maybe this should be common sense and I think some maintenance workers were trying to tell me. But once we bought tickets and went to security, well, there was major meltdown. Xiao Huihui had to be deflated.

And it was all because of bubbles that were because we took the long way out that was because we did a few extra rides. We should have been home before the whole gassy affair.

We arrived at zizhuyuan park and the first problem was no scooters or wave boards allowed inside. This time to prevent a meltdown I promised rides, so we headed straight there.

I'm beginning to see a theme. I make a lot of promises to prevent meltdowns. Advice anyone? 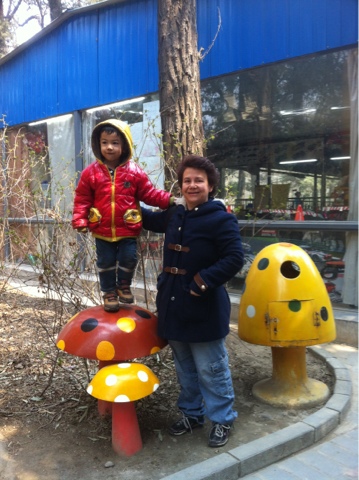 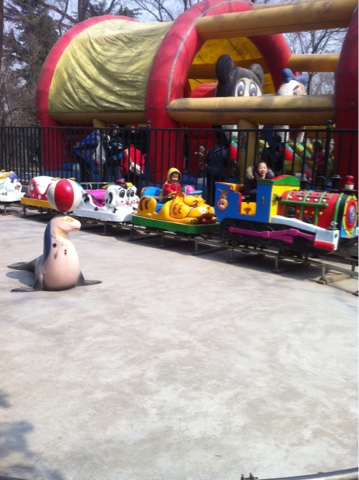 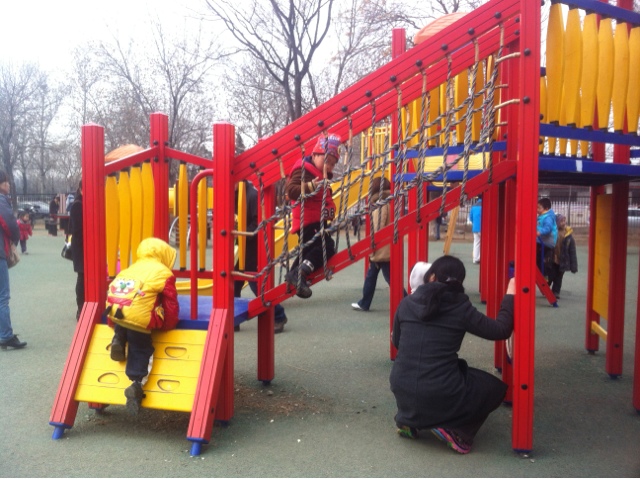 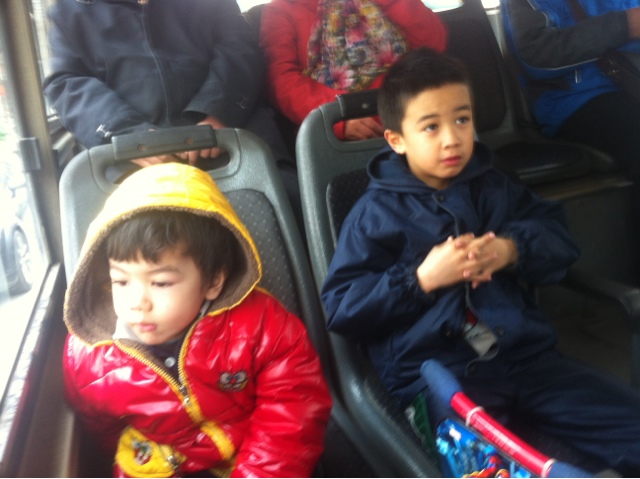 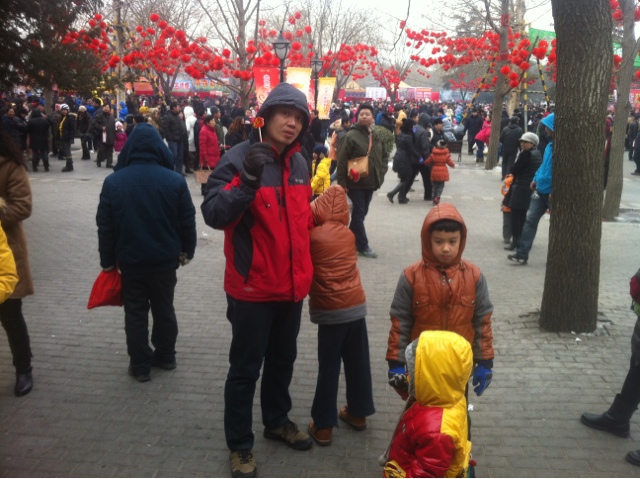 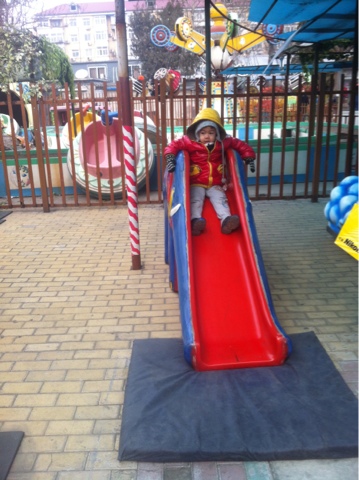 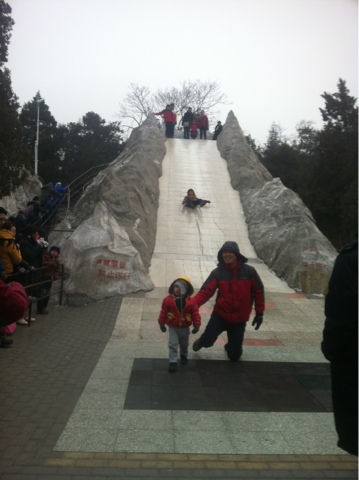 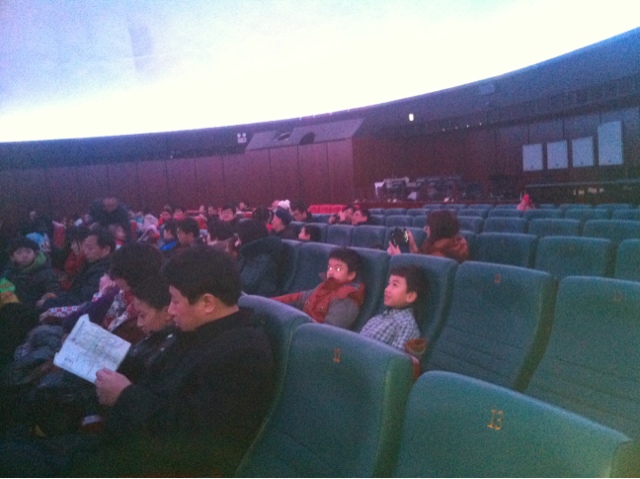